With AchieversIT's UI development course in bangalore, you will be able to master the concepts such as CSS3, CSS, HTML, JavaScript, Bootstrap, HTML5, JQuery, Angular/ReactiS etc.We will give training on real time projects and this will improve your skills and experience. Complete your dream about working for top MNC Companies. Below are the benefits from top UI Development Training institute in Bangalore

67k+ satisfied learners. Read Reviews
40 days of Cloud Lab access
Why should you take Ui Development?
The world of UI and web development is moving fast, due to the emerging new technologies, APIs, and libraries that are changing the field.
Frontend Development job listings is projected to grow by nearly 364,000 listings in 2020.
UI is one of the most popular programming languages in the world.

Can't find a batch u r looking for ?

There are many reasons to choose UI development Training in Bangalore, find few:

Ui Development Course Objectives
The following are the core skills to become Ui Developer.
HTML 4 & Older Versions
HTML is for building/describing the web page design. It has different set of tags and categorized into inline and block level elements.

We will teach complete Angular from basic level to advanced level with pure practical on live projects.

About the UI Development Certification course

UI Developers Combine programming, inventive plan to craft intuitive controls for software and hardware. The UI developer’s mission is to create an interface that behaves as users would expect it to, facilitating a seamless and efficient user experience.

Through 2020 and the past, a record number of organizations will launch new computer systems and web-based applications to pick up an advantage in the increasingly advanced world. Demand for talented user interface developers will flourish in all of these domains, including web, software and mobile application development.

UI development has always been the central part of the internet. But in today’s time as more and more companies are coming up On-line and E-commerce has become the most effective business model, the demand for skilled UI developers has increased significantly. By learning HTML, CSS, Twitter Bootstrap 3, jQuery and third party APIs you can put yourself in the elite panel of UI developers. UI development is a creative work and is only limited by the imagination of the developer.

This course doesn't require any prior programming knowledge. You need Basic computer science knowledge will be enough to get started with this course. In case you wish to brush up on your skills, AchieversIT offers you a complementary course: "JavaScript Essentials" for The Complete UI Developer.

GET IN TOUCH GET SAMPLE CERTIFICATE 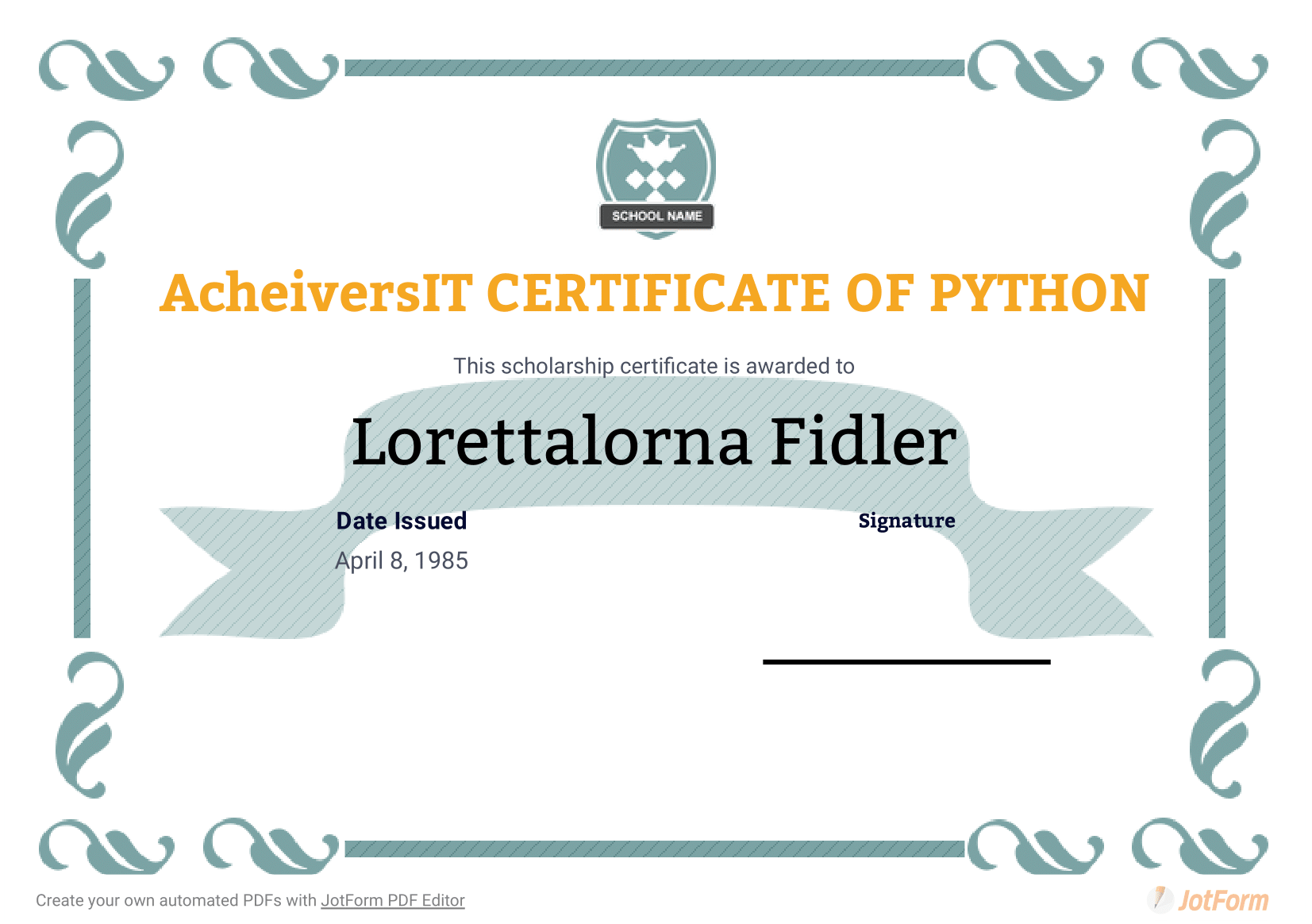 I had recently attended the Angular js Training in AchieversIT, I must say they were outstanding. They made sure everything was right from the start of the workshop till the end. All the doubts were cleared plus execution was done on the spot after the explanation.They are totally worth the 5 stars. Good team! Good work!😊

AchieversIT provides an excellent way to learn from professional trainers. I have just completed my Digital Marketing course. The courses are well-structured.The trainers are subject matter experts that connect to students effectively and are good at answering your questions. I would highly recommend AchieversIT to anyone who appreciates structured courses. The support team provides excellent service, too. Keep up the superb work AchieversIT team.

It’s really good institutions where they have good trainers and materials are also good. They are not only providing quality training but their internal team is also good in providing support. I did three trainings Angular,React and Ionic from this institute and gained lots of Knowledge which helped to get good Job.

Its really a great institute for learning UI development course. Trainer is very supportive & also helped me a lot to get detailed information regarding the key concepts and challenging tasks in real time.Best part of the training is there is not only a theoretical class but also practical real time scenarios of live projects. AchieversIT is providing also placement opportunities. I strongly recommend AchieversIT for UI Development training in Bangalore.

Trainer has provided all the required details and documentation to understand and learn about Ui Development with following technologies HTML,CSS,Javascript, jquery, ajax, json,bootstrap , typescript and Angular.Mr Murali has an excellent way of explaining the topics and has provided right information for all queries.We learn not only technologies from him but also techniques to resolve problems on the fly. Thanks to AchieversIT for such wonderfull training, i would recommend my friends, collegues if any one looking out for a bright career. Special thanks to Murali Sir.

Perfect place to learn Angular and ReactJS class room Training, very helpful to my career. The course content is good and informative. I impressed by their practical sessions which help me to get Job, I suggest AchieversIT would be the best institute to take Angular and React Course. Thanks to AchieversIT team

Attended UI Development training and Angular Training and very impressed by the trainer Mr. Murali and his excellent method of explaining concepts theoretically and practically. He did not limit himself with just training but definitely made us all better developers by sharing real time experiences. The end to end process, from enquiring about the course till completion was seamless. Thank you for all the support!

I enrolled for Angular and React js training session conducted by AchieversIT ,It was a great learning experience and wonderful training sessions From Mr Murali and Muniraj. I’m enlightened with the quality and process they delivered. Their exceptional teaching has gained me great confidence to kick start my career to next level. Overall, it was a tremendous knowledge transfer experience. Once again, I thank him for their continuous support, patience, timely help. I should also thankfull to AchieversIT for providing fabulous trainers and support during the classes.

Hi,I am Dwaraka from BTech(Mechanical) background looking out for UI Development with Angular , node and Mysql. I found AchieversIT Training institute in BTM and enrolled here. I am happy that i am getting pratical as well as live project training with expert guidance by Murali Sir. He is supporting me to understand each and every topic in details and helping me in the practical part. Now i have a confident that i can build any application without any body support . Thank You AchieversIT team and special thanks to Murali sir for his great support .

Previous Next
VIEW ALL REVIEWS

What are the system requirements for our Ui Development Course?
How will I execute the practicals?

You will do your assignments/case studies using Jupyter Notebook that is already installed on your Cloud LAB environment (access it from a browser). The access credentials are available on your LMS. Should you have any queries, the 24*7 Support Team will promptly assist you.

Which case studies and Projects will be a part of this Ui Development Certification Course?

90hrs class/online training with Live projects minimum 3 based on any of the selected use cases, involving the implementation of with Ui Development.

200 hrs of practical sessions and tasks conducted by team experts that should helps aspirant to get placed into dream company under the field of Ui Development.

Weekely assessments to ensure that every participant should get benefits otherwise our team conducts extra session to learn enrolled course - Ui Development.

User is eligible to get course updates and we provide Ui Development is absolutely free lefe time if he/she wants to upskill.

Our certificate helps user to get good job with highest package in the field of Ui Development.

What if I miss a class?

"You will never miss a lecture at AcheiversIT! You can choose either of the two options:

What if I have queries after I complete this course?

Your access to the Support Team is for a lifetime and will be available 24/7. The team will help you in resolving queries, during and after the course.

Post-enrolment, the LMS access will be instantly provided to you and will be available for a lifetime. You will be able to access the complete set of previous class recordings, PPTs, PDFs, assignments. Moreover, access to our 24x7 support team will be granted instantly as well. You can start learning right away.

Is the course material accessible to the students even after the course training is over?

Yes, access to the course material will be available for a lifetime once you have enrolled in the course.

Will I Get Placement Assistance?

More than 70% of AchieversIT Learners have reported change in job profile (promotion), work location (onsite), lateral transfers & new job offers. AcheiversIT's certification is well recognized in the IT industry as it is a testament to the intensive and practical learning you have gone through and the real-life projects you have delivered.

Can I Attend a Demo Session before Enrolment?

If you have seen any of our sample class recordings, you don't need to look further. Enrollment is a commitment between you and us where you promise to be a good learner and we promise to provide you the best ecosystem possible for learning. Our sessions are a significant part of your learning, standing on the pillars of learned and helpful instructors, dedicated Personal Learning Managers and interactions with your peers. So experience complete learning instead of a demo session. In any case, you are covered by AcheiversIT Guarantee, our No questions asked, 100% refund policy.

We have captured your details & will call you back soon.